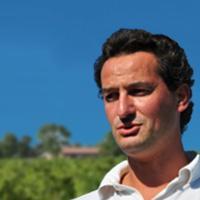 Bordeaux
On the banks of the Gironde, the Chateau de Cazenove has 12.5 hectares of vines neighboring the Chateaux Dauzac, the Chateau d'Issan and the Chateau Siran. A few hundred meters from Margaux, this family estate produces exclusively red wines in Bordeaux Supérieur, and in sustainable agriculture. Find out more

It was in 1989 that Wilhelmina van Essen de Cazenove and her children decided to replant the old vineyards of La Maqueline, which had frozen in 1956, and to rename this estate "Château de Cazenove". Located just 3km from the village of Margaux, the best plots of this estate on the banks of the Gironde have been planted in black Merlot, Cabernet Sauvignon and Cabernet Franc. These alluvial plots allow a wealth of nutrients deposited by the water. A deep understanding of local traditions, dedicated work, and high quality standards have made it possible to achieve maturity and a level of excellence. This property already existed at the end of the 19th century: the properties of Maqueline and Château Dauzac (fifth classified growth) belonged to Nathaniel Johnston. Dauzac was a pilot property which used the so-called Bouillie Bordelaise (copper-based mixture now used in organic farming) to fight against mildew. Today, with 30-year-old vines, the farm exports a large part of its production to the USA

The creation of the vineyard

The Chateau de Cazenove is established in fertile land bordering the estuary, and is one of the rare Bordeaux estates to have been created (most of them have been bought or inherited). Louis de Cazenove, the winemaker, saw the potential of these lands close to the largest Bordeaux chateaux, and decided to plant his vines there in short rows, on a human scale, with an orientation allowing good ventilation, and on a land benefiting from deep natural irrigation by its proximity. These lands had historically been exploited for centuries, but the frost had condemned the vines which had not been replanted since. However, the red siliceous clay soil is generous and brings a welcome humidity in spring and an adapted drought in autumn. Today carefully maintained and worked in the Medocese tradition, especially with Guyot double pruning.

Consecration in the United States

The domain has been awarded several times by critics. The 2015 vintage was rated 88/100 by Robert Parker, and 90/100 by The Decanter. Recently in 2020, the Revue du Vin de France rated the 2016 vintage as "very successful" 15/20. Gold medals at the Paris or Brussels competitions have also been won by the estate in previous vintages.

At the time when the property belonged to Nathaniel Johnston as well as his neighbor Chateau Dauzac, the property was already innovating with the first use of Bordeaux mixture, still used today in organic farming. Louis de Cazenove continues in this direction, and after having taken care of the vineyard without herbicide or insecticide since the 90s, he offers a 2019 cuvée completely atypical in Bordeaux, with a Burgundy bottle, but above all without added sulphites. Very successful and balanced, the TWIL team loved it!