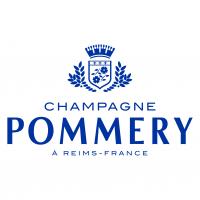 The House of Pommery, like many other houses in Champagne, owes its fame and international success to a woman, Madame Pommery, who made this Champagne an exceptional wine, by concentrating her work on the quality of the grapes and the soil, but also by inventing the Champagne Brut, thus marking a decisive turning point in the world of Champagne Find out more

Mrs. Pommery is at the origin of the revolution in the world of champagne


Alexandre Louis Pommery, until then a wool merchant decided to radically change his activity in 1856, creating the company Pommery & Gréno with Mr. Joseph-Narcisse Gréno, also a merchant. This company was dedicated to the production and trade of Champagne. However, Mr. Pommery died prematurely in 1858, and it was then Jeanne-Alexandrine Pommery, his widow, known today as Madame Pommery, who took over the reins of the company, with the help of Mr. Gréno until 1860. Then she will lead the company alone until 1890, when her son Louis Pommery will take over the head of the family House.

The work, or rather, the revolution, undertaken by Madame Pommery completely transformed the vineyard of Champagne and the operation of her House inspired many of the greatest producers still known today. Indeed, she was one of the first to realize the importance of the quality of the grapes, and so began to buy her own plots of vines, cultivate them and have them harvested by her company, and reached the 65 hectares of vines by the 1890s. That's not all: at the time, Champagnes were wines that were dosed heavily with sugars, to compensate for the acidity of the grapes and thus create sweet sparkling wines. But in 1874, in search of innovation and novelty in terms of taste, Pommery was the first House to produce a Champagne Brut, the Pommery Nature cuvée, which was an immediate success.

Madame Pommery also embarked on other, more architectural styles of construction. She had the buildings of her company built in the English style, which was particularly unusual in the region at the time, and which still gives a touch of originality to this House. The buildings are also organized in an H shape, in order to facilitate future extensions, while reflecting a real philosophy of openness to the world and breaking down the codes and barriers of this prestigious and rather closed environment. As early as 1868, she had the pits transformed into a cellar, over 18 km at a depth of more than 30 meters, and embarked on what is still called the "Building site of the century" in the region.

The style of Pommery champagnes remains preserved over time


However, these various changes have not let the philosophy of the House be lost. The style sought in the cuvées produced is still naturalness. Since 2014, the grapes are grown with respect for the environment, and the property has 2 labels: HVE (High Environmental Value) and "Viticulture Durable en Champagne". The Champagnes are still produced according to the traditional Champagne method that had been established by Madame Pommery, where the grapes have the greatest opportunity to express themselves. Today, it is Clément Pierlot, Chef de Cave, who handles the blending, along with the House's oenologists.

The cellars made by Madame Pommery are still and always used to store the wines and age them for several months (the number varies depending on the cuvée) so that the aromas develop as well as possible, and the wine can begin a second fermentation in bottles, which results in the prise de mousse: once the yeasts have consumed all the sugar to transform it into alcohol and CO2, they die in the bottle, offering all the more aromas to the wines. It is then essential to eliminate the lees, which form a cork at the top of the bottle, which has been placed at the bottom. It is then necessary to disgorge the bottle, which allows the expulsion of the natural stopper of lees, and to fill it up with the "liqueur d'expédition" a mixture of sugar and reserve wine. The wine can then be marketed, or kept in cellars to be aged.

The flagship vintages of Pommery champagnes


Today there are 14 cuvées in the Pommery range, grouped under 4 different cuvée names, then declined: POP, Brut, Louise and Clos Pompadour.

Available in 4 cuvées, the POP cuvées only exist in 20 cl bottles. The POP cuvée is a blend of Pinot Noir, Pinot Meunier and Chardonnay, the Pink POP is a champagne rosé, the Silver POP is full of spirit, and the Gold POP Vintage 2008 is a vintage cuvée, complete and complex, with aromas of white flowers and small red fruits.

The cuvée Brut Royal is the signature of the House of Pommery, an elegant, lively and harmonious palate, it is also available in rosé, thanks to a blend with red wine, vinified with Pinot Noir, it is a very subtle rosé, very bright and fresh. The Blanc de Blancs cuvée is as its name suggests, made only from the only white grape variety in Champagne: Chardonnay. The nose gives off very nice notes of acacia and jasmine, the palate is very balanced, fruity and floral. The Brut Apanage, which ages in cellars 6 months longer than the other cuvées, develops notes of dried fruits and vanilla, it is the House's gastronomy Champagne. Then, the Brut Millésimé 2008 comes to mark this superb year in Champagne, the mouth is sweet, even reminiscent of blood orange. The range is completed by the Royal Blue Sky, which is no longer a Brut, but well and truly a sweeter champagne, to be enjoyed on the rocks, in order to rediscover the tastes and sensations of the champagnes of the past.

The Cuvée Louise 2004, made in homage to Louise Pommery, using grapes exclusively from 3 Grand Crus of Champagne: Avize, Aÿ and Cramant. It is a very buttery wine, with greedy notes of biscuits. Cuvée Louise Nature 2004 is made in the same way as Cuvée Louise, but without any sugar, an alternative with more tension, but still as greedy. Finally, the cuvée Louise Rosé 2004 completes this range, with a rosé champagne made from a blend with a red wine, which brings a lot of tenderness to this cuvée.

The most exclusive cuvée of the House, this cuvée is only available in magnum, in order to emphasize its exceptionality. Made from 25 hectares of vines within the Maison Pommery, this Champagne gives off magnificent notes of citrus and white flowers, the palate is full and very long, fresh and complex.