Champagnes for less than 20€

Directly from the producers

Selection of Champagne direct from the producer for less than 20 €.

Dress up your cellar for winter by taking advantage of the super cool offers from our producers.

Dress up your cellar for winter by taking advantage of the super cool offers from our producers.

Wine for the Holidays

Add sparkle to your collection

In celebration of Champagne Day, October 28th, Twil is launching Champagne Week for the fourth consecutive year. It's the perfect opportunity to stock up for Christmas and New Year's Day!

We offer you the best of Champagne at the best price. From the hidden gems of small wineries to the classics of the great houses, add a little sparkle to your wine cellars.

Vignoble Lafoi: A Story of Passion!

Deeply attached to respecting the land for more than 30 years, and now fully converted to organic farming, this family estate cultivates nearly 30 hectares on the right bank of Bordeaux in Saint-Ciers d'Abzac. Their range of wines, which includes the Bordeaux and Bordeaux Supérieur appellations, offers both easy-drinking and pleasant wines as well as more subtle and complex wines, from white to red, from rosé to clairet.

Languedoc Wines are Making a Comeback

For several years now, the Languedoc's producers have decided to refocus on high quality wines and offer exceptional value for money.

As the leading producer of organic wine in France (almost one in three French organic wines comes from here), the region is committed to more than 140 projects to support winegrowers in the energy transition: better management of water and energy, protection of biodiversity or the implementation of large-scale agro-ecology.

In the heart of the South of France, stretching from the Spanish border to that of Provence, bordering the Mediterranean, the Languedoc is the largest wine region in France. The Languedoc is also the main producer of rosé wine in France and one of the oldest regions, since viticulture dates back to the 5th century BC when the Greeks planted the first vines in the region.

Viticulture has since developed into one of the main economic activities of the region, with many estates being inherited from generation to generation. In fact, the oldest sparkling wine in the world is from the Languedoc! It is the Blanquette de Limoux which dates back to 1531.

The best prices directly from the estates

Take advantage of our offers up to 50% off - directly from the producers. From big estates to artisan winemakers, we have something for all tastes!

The Twil Wine Fair has a selection of over 200 wines sold in all colours, regions and price ranges.

One of our partner cellarmen is making room in his cellar!
A selection of sure values at a great price, not to say unbeatable.
You can mix the 6 bottles in a single box.

From the Northern Rhone Valley to the Southern Rhone Valley, discover the rich and complex terroirs of this world renowned vineyard. Our partner winemakers make an effort on their estate prices!

Discover our selection of wines from the great Maisons of Bordeaux at the best price. A good reason to buy and stock up!

100% Direct from the winemakers

Discover our selection of Bordeaux treasures. 100% direct from the producers, the wines leave the wine estates where they are stored at the cellar in the best conditions. Our partner winemakers make an effort on their property prices, support them by ordering their delicious bottles!

from the wine estates

Enjoy wines at the best prices: the Wine Fair has started! Discover a wide range of bottles to fill your cellar, as the winemakers make special discounts and allow you to prepare for the cold season to come.

Discover our best sellers of the first 8 months of the year 2020. Trust our community, these wines were not bought by chance...

Good deals from the winemakers

Don't miss the exclusive promotions of our partner winemakers during confinement. 70 wines from all regions at great prices, it's the Spring Wine Fair on Twil!

Discover all the offers here

A selection of treasures from craftsman winemakers at unbeatable prices

You can mix your order with different beautiful signatures from different regions such as Rhône Valley, Loire Valley, Languedoc, Jura or Corsica !
Take a wine tour of France from your living room :)
Read more
17 FéVRIER 20

Wines from around the world

Do you need a change of scenery? It's time to taste the flavors of Australia, New Zealand, Greece, Argentina, California and many other distant lands! The Twil team has selected for you forty wines from the New World and from our dear Europe at the best price, take advantage!

Enter the very prestigious circle of great Bordeaux chateaux thanks to the TWIL selection of second Bordeaux wines. As you know, the second wines of Bordeaux chateaux come from plots where the vines are younger. The latter benefit from the same qualities as their elders (soil, know-how, breeding method ...) so take advantage! Our selection will transport you to the most beautiful vineyards in the region and you will be able to taste the unique know-how of the great Bordeaux castles, without having to break your piggy bank!

"This is the perfect Côtes-du-Rhône", said Thierry Desseauve about the Cuvée Spéciale 2017 with its Grenache Vieilles Vignes harvested near Châteauneuf-du-Pape. Michel Tardieu, creator of the wine estate, is "one of the greatest connoisseurs of the Rhone Valley wines" according to Thierry Desseauve, "this expert knowledge allows him to choose the best vines and the best grapes to create extraordinary wines." Finally, the other asset of the domain is the breeding in barrels, which "sublimates remarkable wines".

You can mix your order with all Tardieu-Laurent's remarkable wines 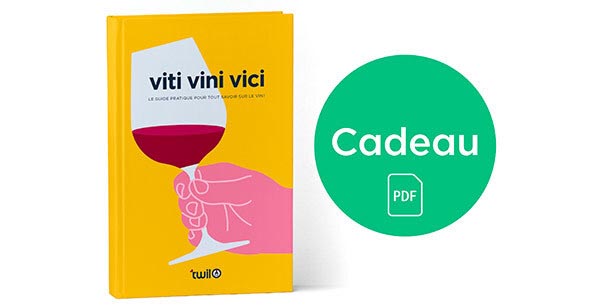 Never miss a drop. To keep up to date with news from our winemakers and the Twil team, follow us on social media