Chrismas discounts up to -50% Discover 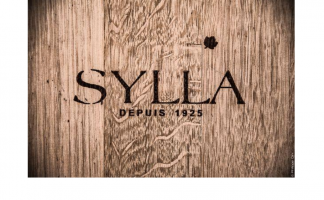 The founders of the Cave, marked by the First World War, invented the idea of fair trade before its time by creating the « cooperative". Since 1925, Sylla wines have been made by a handful of passionate winemakers, sharing their know-how and respecting nature. Find out more

The History of Sylla

« The Cave Sylla owes its namesake to a district of the village of Saint Saturnin les Apt, named after the Roman general Sylla who came to conquer our lands. »

The founders of the Cave, marked by the First World War, invented the idea of fair trade before its time by creating the "cooperative". Since then, their values of fair remuneration for everyone's work and consumer pleasure have always been at the heart of the commitment of the men and women of Sylla who have taken care of our vineyard and our wines.

Since 1925, Sylla wines have been made by a handful of passionate winemakers. The vineyard of this cooperative is mainly located in the commune of Saint Saturnin-Lès-Apt. Together, in the area known as Sylla, they grow, vinify and market their wines.

One of the key values of the vineyard is its parcel management, each parcel is treated with the same abnegation and supervised by Amandine and Geneviève.

Les vins Sylla is 113 winegrowers and 1000 hectares of vines in the Ventoux and Luberon appellations.

In the 1970s, the winegrowers of Sylla, until then exclusive suppliers to wine merchants, decided to share their know-how with consumers. They created a range of products under their brand name "Les Vins de Sylla" distributed in specialized shops, the main one being located in Apt, next to the winemaking site.

Respecting the Nature of the Luberon Regional Park, making the winegrowers live with dignity, satisfying the taste and curiosity of consumers are the commitments that are constantly renewed by Les Vins de Sylla.